What I've Been Up To

Hello!  I know it's been awhile since I've posted.  A lot has been going on!

I traveled to Dublin and London for a week.  I never wanted to leave. 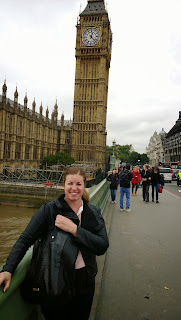 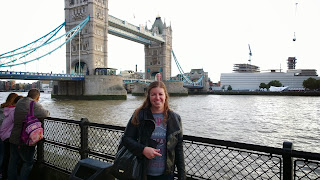 I also parted ways with my booth space after only 3 months.  Sometimes it just isn't a good fit and doesn't work out.  Many lessons learned.  I began my search for a new space the weekend after I returned home from my trip.  I visited several different malls.  During my search, I visited a brand new mall that had only been open 2 weeks.  I quickly snatched a tiny space near the cashier.  I don't have any photos.  I totally forgot to take any!

I fell in love with another mall space that same day.  However, I didn't know if I could move in the first of November, because the owner was out of the country.  He returned a few days before the end of the month.  As it turns out, I was able to move straight out of my old booth and into my new one on November 1st.  This gave me only a few days to price a ton of stuff, because the new booth space is a lot bigger!  While pricing I found that I had a major Pyrex problem. 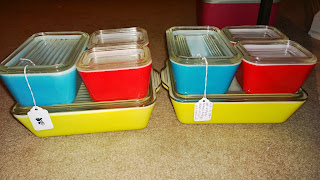 I put together 2 primary fridge sets.  I had all the pieces for 2 full MINT fridge sets.  AND, one set has all the old style lids and the other all the newer style lids.  I didn't even know I had all of these pieces.  Someone needs to organize a meeting for Pyrex Collectors Anonymous.

I took the first of November (last Friday) off from work to accomplish the task of moving antique malls.  It took me longer than expected, because I had to stop by an estate sale and check it out.  I left with this... 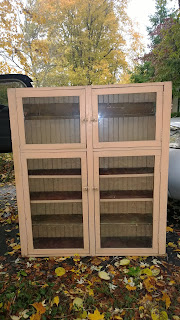 And it didn't fit in my truck, so I had to leave it and go borrow a bigger truck.  It looks amazing in my booth, though.  All I got to do on that first day in November was get all of my stuff in to the mall.  So Saturday, I did all the rearranging.  And I built 3 bookshelves.  Won't you take a look at all my hard work? 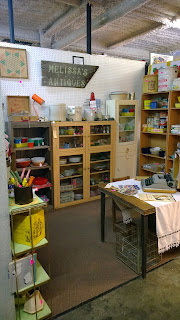 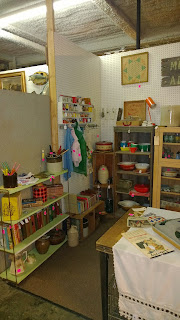 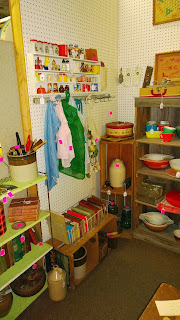 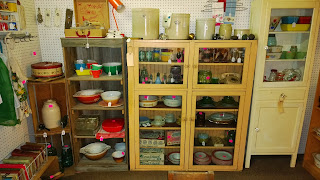 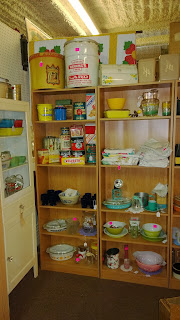 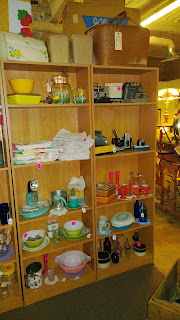 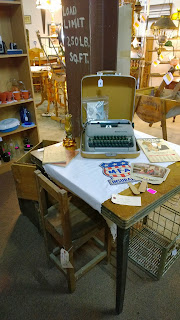 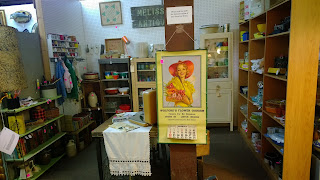 The big giant beam that holds the roof up makes my booth hard to photograph, but I hope you guys get the idea.  I've had tons of compliments on it.  People were even climbing over me and through the mess while I was moving in, just to go shopping!  I sold 4 things while I was unpacking the first day!

The mall manager called me to tell me how well I was doing only 4 days in to the month.  In fact, after getting my check from last month at my other mall, 4 days in to this month at my new mall, I've already made almost the same amount.  He wanted to tell me that I needed to bring more stuff in already!  You don't even know how ecstatic I am.  He also knows I'm a huge vintage Christmas person, so there's a shared booth space in the front window of the mall and yours truly gets to decorate it and put stuff for sale in it.  Other vendors can bring in their items too.

Speaking of Christmas... Sunday I went to an auction to stock up on more goodies.  Here's what I got: 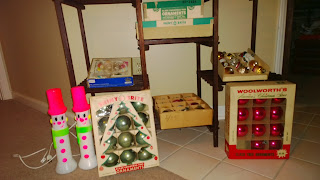 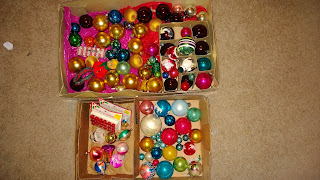 Lots of ornaments!  Let me show you some close ups of some of the good ones! 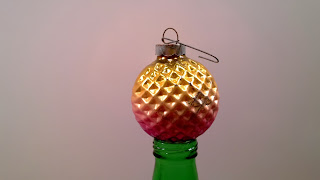 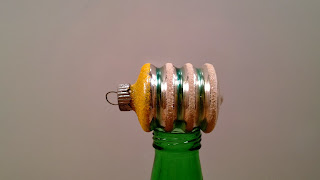 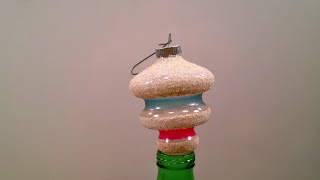 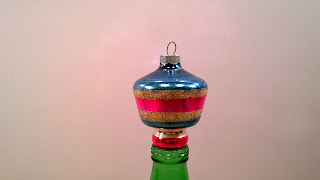 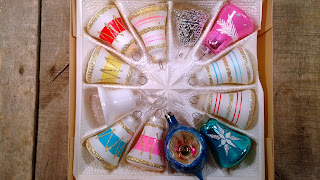 Hope you all are having a fabulous November so far!