Finds from Marion, IN: Part 1

Hey guys!  Did you have a good junk-filled weekend?  I attended the estate auction of a woman that had lots and lots of antique booth spaces.  So, it was a good one.  With lots of people in attendance.  However, they ran 2 rings, so I was actually able to get some stuff.  So much stuff that I haven't had time to go through it all, so this is just part 1! 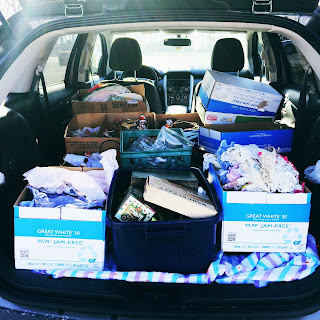 Finally... a trunk shot worthy of showing you! 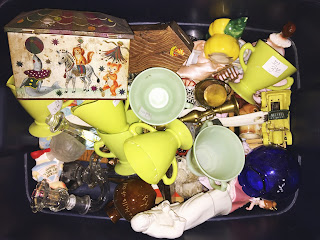 This tub of stuff was a mystery to me when I bid on it. 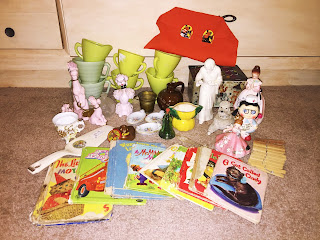 Here's what I salvaged from it. 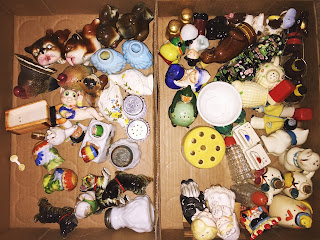 There were a ton of S&Ps at the auction, and here's half of what I got. 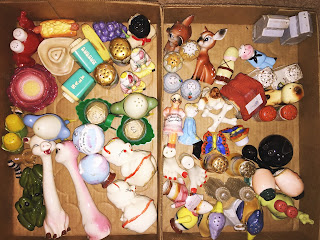 I was really happy to get this many.  They will make a great addition to the booth.

I also got this whole box of state ashtrays.  Turns out there were only 39 in here, but still.  I've never seen these except on Shara's blog (see collects them).

Well, I'll be back later to share more finds.